Home / Art and Life / The Gift That Got Away

The Gift That Got Away

On the Trail, Day Two: A Sample of Kentucky’s Bourbon Region

On the Trail: A Sample of Kentucky’s Bourbon Region

My Relationship with Air Travel

The road has always called to me.  I think I might have started counting down to my sixteenth birthday when I was around four…because getting a license meant freedom.  Until I was 14, I lived on a busy country highway about three miles outside of town.  That meant I couldn’t ride my bike on the road, I couldn’t walk to a friend’s house, and I was more or less dependent on my parents to take me wherever I needed to go.  It also meant that the only person around my age to play with was my older brother.  Most of the time, he primarily wanted to ignore me, as older siblings do.  When I did get his attention, he seemed only to be interested in playing games that ultimately ended with me being bossed around and/or tested my physical limitations as a preschooler or both.  There was a game called “Army” in which I was required to be the “private” while my sibling “sergeant” ordered me to run around our acre of land and perform calisthenics on our jungle gym.  This was not my kind of entertainment.  I obviously needed some wheels.

I set my sights on a beautiful electronic convertible by Power Wheels.  The classic convertible would give me just the kind of freedom (within an acre) that I was seeking.  The ride-in, motorized, toy car was as elegant as it was stylish.  In addition to the independence these wheels would obviously provide, the convertible offered something even better:  a trunk that opened up to create a seat for a doll or stuffed animal.  I could just imagine it:  Me and my favorite red-headed Cabbage Patch Kid, Stacia Jenny, hitting the open yard with the wind blowing through our hair/yarn.  I knew that convertible was just the ticket.

I dutifully circled the convertible in the Toys ‘R Us catalog.  There were a few other things that I wanted, but my heart longed for that convertible.   Stacia and I could ride to all of our favorite destinations:  the garage, the bonfire pit, and my playhouse.  I could taste the liberty.

My mother reviewed my choices.  She agreed that the convertible was a beautiful specimen, but she warned me that if Santa brought me that convertible, it would probably be the only thing I would get because of its high value (and clearly its propensity to outshine all other gifts).  I assured her that was fine because it had a seat for Stacia and that was all I needed.

I waited for the weeks and days to pass.  I reviewed my selections in the Toys ‘R Us catalog and my resolve slowly began to wane.  I mean, surely Santa didn’t only bring one present to kids on Christmas, right?  Especially if a child’s older brother was going to get multiple presents.  I appraised my brother’s selections and knew that he had asked for several less expensive items.  And then I had a vision – or maybe a prophecy – in which I saw my brother showered with presents, while I sat with only one gift to my name.  A spectacular gift, but only one.

And that’s when I cracked.  My childhood desire for quantity over quality, and my inability to comprehend a world in which my brother got more presents, finally won out.  I erased the circle I had around my beautiful convertible and circled several less expensive selections.

To this day, I cannot tell you what I received for that Christmas, but I can tell you that envy stole my freedom and Stacia Jenny never looked at me the same way again. 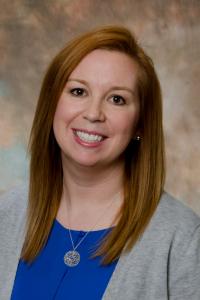 Featured Image Credit:  Christmas Presents Under the Tree by Alan Cleaver is allowed under the Creative Commons 2.0 Generic license.

Share
Previous The Beauty and Benefits of Ballet
Next Songs You Should Have Heard: Houndmouth’s “Sedona”

Falling Victim to the Artful Dodger

Maybe if the thieves hadn’t pick-pocketed Wendi’s purse, my feelings about London would be different.  …