Around Christmas of 1999, I was four years old and obsessed with Batman. I don’t remember ever living without loving superheroes. As far as I can tell there was no real defined reason, and no commercial on TV that piqued my interest. One day, I just woke up and wanted to be Batman. There was something in Michael Keaton’s dark brooding portrayal of the character that inspired something in me, which also inspired the first disagreement between me and my mom.

Everyone has seen the film A Christmas Story. The entire movie hangs on our protagonist Ralphie and his attempts to convince his parents that he’s ready to handle the Red Ryder BB Gun. My Red Ryder was a VHS copy of Batman Returns. Every time we entered Walmart, I begged Mom to get me a copy for Christmas, and every time I asked, she reminded me I wasn’t allowed to watch it. When I would ask why, she’d always tell me the same thing, something to the extent of, “You aren’t old enough, it’s too scary, it’s too violent.”

I was allowed to watch every other Batman movie. The fact that I couldn’t watch this one pushed the film past the confines of just being another VHS on a Walmart shelf. It elevated it to be the holy grail at the heart of my own childhood. One Christmas morning, I woke up to see a world of gifts, but not a single one was Batman Returns. I wasn’t even looking for it. My mom had made it so apparent that I wouldn’t be seeing the movie that it felt more like a myth than anything tangible. There was, however, one thing in my corner that Mom hadn’t expected: Grandma.

Four hours later, to my surprise (and Mom’s), I opened up Batman Returns  at my Grandma Marcia’s house during our Christmas party. The movie came with one rule, it had to stay at Grandma’s. The rest of that afternoon was spent in my uncle’s room, watching the movie that had once been so elusive to me. For the next two weeks, I had nightmares every single night.

Like many parents, my mom was very much aware that not all entertainment should be viewed by every child. She had taken the time, though, to understand the behavior and fears of each of her children. She also took the time to understand the content of our various interests. In my case, she knew my active imagination and need to replicate the actions of my favorite characters didn’t mesh well with films skewed to a slightly older audience. She didn’t let me see Batman Returns because she had seen the film upon its release in 1992 and had decided seven years later that an impressionable young Batman fan, prone to nightmares and roughhousing, wasn’t yet ready to see the film.

My mom wasn’t a one size fits all parent, however. My sister had access to more mature films much faster than my brother and I, simply because Mom knew she matured faster, and probably would fall asleep before the movie ever finished in the first place. While there were certain films none of us were ever able to watch, Mom was still fairly lenient (in moderation), and we had some freedom on what we chose to view, read and experience. She treated the content of our interests as earned privileges, and if we showed signs through our behavior that we couldn’t handle the material, the privilege was revoked, ready to be given back at a later day.

While hard R rated films and some video games weren’t accessible during our childhood, I never once remember Mom trying to push her own parenting decisions off on other parents. She never joined a parent group to oppose media she didn’t agree with, and she never wrote a letter or petition trying to get a film pulled out of a classroom or a theater. The decisions she made in her parenting were for us, and it wasn’t the business of any other person, and especially not our teachers, what we could and couldn’t watch.

Yet, by time I graduated from Greencastle High School in 2014, I had seen years of some of my peers’ parents trying to pull this stunt. Whether it was someone throwing a tantrum over what we had watched or read in class, or trying to convince my own mother about a piece of entertainment that they thought kids shouldn’t be seeing, it always felt that somewhere in the background there was someone complaining about everyone else’s entertainment.

This wouldn’t be such an issue if there weren’t real world consequences. The New York Times published a piece in October 2017 detailing how parent complaints at a Mississippi middle school led to the dropping of To Kill a Mockingbird from the classroom reading schedule. In December, Houston Public Media reported on a Texas high school that removed a book from the school’s library following a parent complaint. The book,The Hate U Give, wasn’t even a part of a reading schedule, it was only available in the library. Relating this back to Batman, the only reason we have the two horrible Joel Schumacher Batman films of the late 1990s is because parent groups pressured Warner Brothers to drop director Tim Burton from the series.

I’m not advocating that parents let their children see every film or read every piece of material that comes out. My brother, sister and I definitely weren’t able to, and a part of me is very thankful to my mom for that. In early middle school, I snuck a viewing of David Fincher’s Fight Club, and was far too young to have properly engaged it as a viewer. I didn’t appreciate the film the first time around, spoiling the power of some fairly interesting twists and themes that were important to explore later in life. Even that initial nightmare inducing viewing of Batman Returns had confirmed that Mom, does in fact, know what’s best.

If you are a parent, you, out of everyone in the world, know what’s best for your child. My mom knew what worked and didn’t work for me, and she styled her parenting accordingly.  What I am advocating for is allowing others the benefit of experiencing life through a book or film, and to allow fellow parents and teachers the chance to share specific content with their children or students. Literature and film sometimes features themes and sequences that are challenging for all of us to digest, but don’t go demanding theaters or classrooms pull something just because it contains something you disagree with. If your child can’t handle it, or it massively conflicts with who you are as a parent, focus on your family, not everyone else.

Ultimately, my mom wasn’t impressionable and always made decisions based off her own direction as a parent. She never operated off a complete “No, you can’t” basis, and there was always a “when you are older” aspect to her rejection of content. She always saw the worth of teachers and their reading programs scheduled in school, even if the material stemmed from some sort of controversy. What this allowed was a chance to pursue something at a later date, allowing us the ability to fully participate with our interests and schoolwork in a way that positively enriched us.

In 2002, three years after I first saw Batman Returns, there came a day where my siblings and I got the chance to see the film again. This time, with mom’s full blessing, I faced my fears of Danny Devito’s Penguin character without subsequent nightmares. Thanks to my mom’s wisdom of a little separation of time, the movie amazed me, and became one of my all time favorite films. My mom never listened to what others tried to convince her, and she always was grounded in her own style of parenting. She never made other children or parents her priority. Just us, and that’s something I’ll always be grateful for. 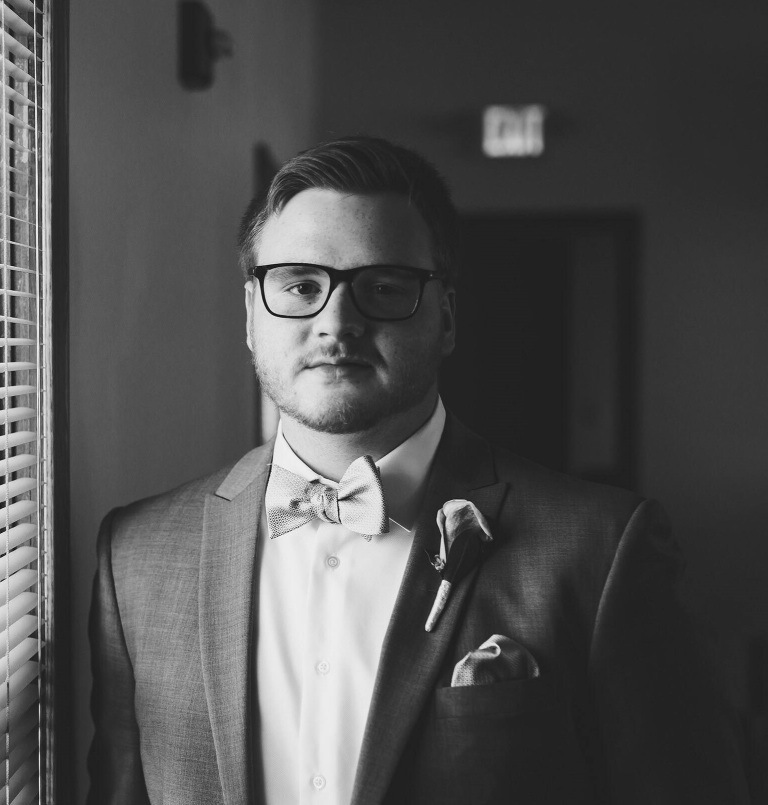 A Greencastle native, Brandon Pershing is completing his journalism degree at IUPUI. An avid film buff, Pershing is also a comic book enthusiast. He and his wife, Lindsey, live in Greencastle.

Featured Image Credit: 1989 Batmobile – the armored racing car of Batman by Zachi Evenor is permitted according to the Creative Commons 2.0 Generic License.

Previous Review: Unicorn Derby’s Explosion of Awesome
Next Vincent Aguirre: A Life for Himself